Following in the footsteps of Chevrolet with their Bolt EV, which offers a yet-unmatched 200 miles of range for $36,000, Volvo is releasing their own competitor to the electrical car market. Their EV will go on sale in 2019, joining Chevrolet, as well as Tesla (who plans to release the entry-level Model 3) and Nissan (who are planning a new Nissan Leaf). Volvo promises that their first all-electric vehicle will achieve a 250-mile range, and will retail for $35,000 and $40,000–threatening to eat into Chevrolet’s substantial market share. 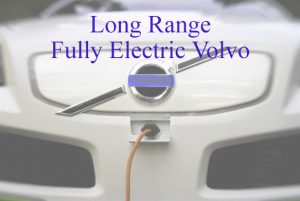 As of yet, no other auto manufacturers are planning to release an electrical vehicle in this price range. Jaguar and BMW are both busy with plans for the I-PACE and the i3, respectively, but the I-PACE will retail for $60,000, making it out of reach for many entry-level consumers, and the i3 is not expected to reach a competitive mile range, though it will retail in the low $40,000 price bracket.

Volvo Has The Fully Electric Car With Range

But Volvo CEO Lex Kressemakers sees the Volvo EV’s 250-mile range to be key to its future success.

Volvo’s EV will be the brand’s attempt to cash in on the growing luxury EV market. These manufacturers seek to expand hybrid and all-electric models while keeping abreast of the complex legal regulations that surround alternative fuel vehicles.