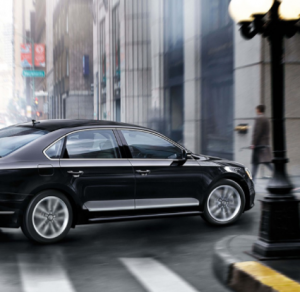 With the successful launch of the Renault Nissan Mitsubishi Alliance’s Dacia brand, Volkswagen has been considering a low-cost brand manufactured abroad for several years. This was one of the driving factors between their purchase of a sizable stake in Suzuki, which has a significant manufacturing brand in India. However, that partnership dissolved in 2015.

Now they’ve turned their attention to China, where they plan on introducing a budget brand within the next two years. The brand will roll out with a sedan, which is priced starting at $10,500, with 2 SUVs to follow by 2021.

VW will be partnering with local brand FAW to produce this budget line of cars. Though the initial launch will be focused on China, they do plan to expand to other nations in the years that follow–though it is unlikely to reach the US. However, unlike other brands that have pulled their production out of India, VW does plan to continue brand development there, through the Skoda brand. Skoda is produced through a partnership with a company known as Tata, which released a compact sedan called the Racemo at Geneva in March of 2017.

All this follows the messy dissolution of VW’s partnership with Suzuki. Though that relationship–where VW took a 19.9% stake in Suzuki–began with promise, bickering over business deals, such as Suzuki’s purchase of automaker Fiat, eventually led the companies to arbitration at the International Court of Arbitration in London. There, the arbitrator demanded that VW sell back their share in Suzuki, after they had refused to comply with the Japanese company’s initial requests. However, the arbitrator also found that Suzuki was in breach of their own contract, so they were asked to pay VW back for damages.

But Volkswagen has emphasized that this new deal is not related to either the prior deal with Suzuki or their deal with Tata to produce the Skoda brand.

“This is India and this is not a budget car for China,” says Dr. Frank Welsch, speaking for VW. “This is different and I cannot comment what Skoda is doing.”