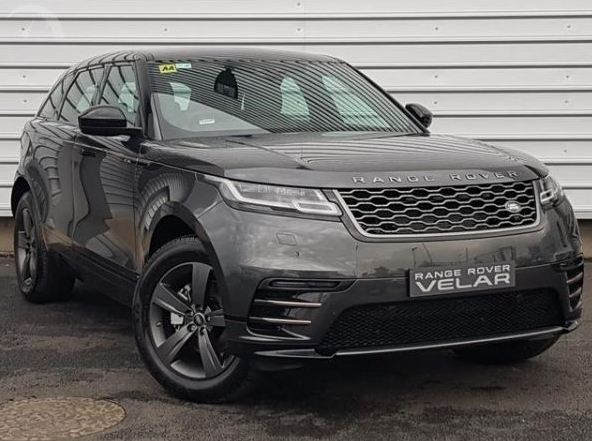 The Range Rover Velar has been around for over 50 years, consistently getting better with age. Wondering where the name came from? The name Velar was derived from the Italian word ‘velare,’ meaning to veil or cover. When building the prototype for the Range Rover Velar, designers and engineers wanted its existence to be a secret. Therefore, they added the badge name Velar to the prototype, and it just stuck. Fun fact: it was the first vehicle to deliver permanent 4 Wheel Drive and feature split tailgate, clamshell hood and continuous waistline.

According to Range Rover, the Velar brings “glamour, modernity and elegance to the Range Rover family, Velar offers a unique combination of design excellence and engineering integrity”.

Between its super slim Matrix Laser-LED headlights, flush with vehicle door handles, and sleek infotainment, its no wonder it was designed with style in mind. The Range Rover Velar is known as the vehicle that fills the space between the Range Rover Evoque and Range Rover Sport. It is available with the wide choice of six powertrains, and is designed, engineered, and manufactured in the UK. As Land Rover would famously say, this luxury SUV is designed to go Above and Beyond.

EuroCar Service is located in Seattle, WA and has been your trusted European vehicle service facility since 1981. Our office is open during the convenient hours of 7:30 a.m. to 5:30 p.m. Monday through Friday. We are happy to repair all makes and models of Range Rover, as well as other makes such as Audi, BMW, Mercedes, MINI, SAAB, Volkswagen, Volvo, Smart car, and Fiat. Give us a call to schedule your appointment, today!