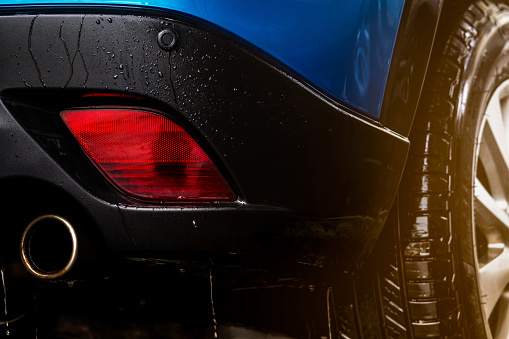 Space is the next frontier, even for Land Rover, an automaker known and named for being earth-based. Still, shooting for the stars means aiming high and thinking big, which is nothing new for a company that began making no-nonsense utilitarian transportation and transformed itself into a builder of all-terrain, all-in luxury vehicles. In association with Virgin Galactic, Land Rover offers the exclusive Range Rover Astronaut Edition to members of the Virgin Galactic Future Astronaut community. That’s right, while waiting on the ground to go into space aboard an as-yet-unlaunched spaceship, you can cruise to mall or mountain top in mind-blowing style.

Want to keep your venti half-caf-mocha-latte-no-fat-whip upright in something special? The AE’s cup holder is crafted from the actual front landing skid of Galactic’s SpaceShipTwo rocket plane, called the VSS Unity, which successfully took off and landed in the Mojave desert in December 2018. The flight carried two pilots and a payload into what it hopes will one day be called space. For now, the internationally accepted boundary of space is 62 miles. U.S. military personnel get their astronaut wings when they fly higher than 50 miles above earth—which is the boundary Virgin uses in its contracts with future spaceflight customers.

The 600 or so earth-bound future astronauts waited up to 15 years and paid as much as $250,000 for hour and a half flights 50 miles into the sky. Pre-countdown, they can now drive 50 miles in a sleek vehicle with a floating roofline and continuous waistline that combines off-road capability with leading-edge refinement. The Astronaut Edition Range Rover gets a special paint job—Zero Gravity Blue inspired by the night sky. The logo, called “DNA of Flight” can be found throughout, on the headrest, console, armrest, and dashboard. “See you up there,” Branson’s quote to his customers is written on one of these skid pieces in each car—and will be swapped out with a portion of the skid from each customer’s flight and their own quote about hurtling through the upper atmosphere.

If you bought the Astronaut Edition, would you drive any other car to your eventual launch? It is based the Range Rover Autobiography which features 21” split-spoke wheels, a sliding panoramic roof with power blind, wood and leather steering wheel, 24-way power heated and cooled front seats, a power deployable center console, and a 1700 watt Meridian Signature Surround sound system. Apparently, going above and beyond is what Land Rover and Virgin Galactic are all about!

With its own reputation for going above and beyond, EuroCar Service, located in Seattle, WA, will keep your Audi, BMW, Land Rover, Mercedes, MINI, SAAB, Volkswagen, Volvo, Smart car, or Fiat ready for launch! We’ve been your dependable, accurate and honest European vehicle service facility for nearly 30 years. Their highly trained ASE Certified Master mechanics and the latest in automotive technology are conveniently available Monday through Friday, 7:30 to 5:30. Though EuroCar Service can’t promise you space flight, they will make your visit stress-free with complimentary shuttle service and loaner cars for Seattle customers.

Included on Expertise’s list of Best Auto Shops in Seattle, you can trust that they understand your desire for cutting edge service for the upkeep and repair of the world’s highest-performing vehicles. Contact them online or call today for an appointment.